The Law & The Prophet

The Strongest Force & The Most Unbreakable Chain Overly Laid: The Law & The Prophet 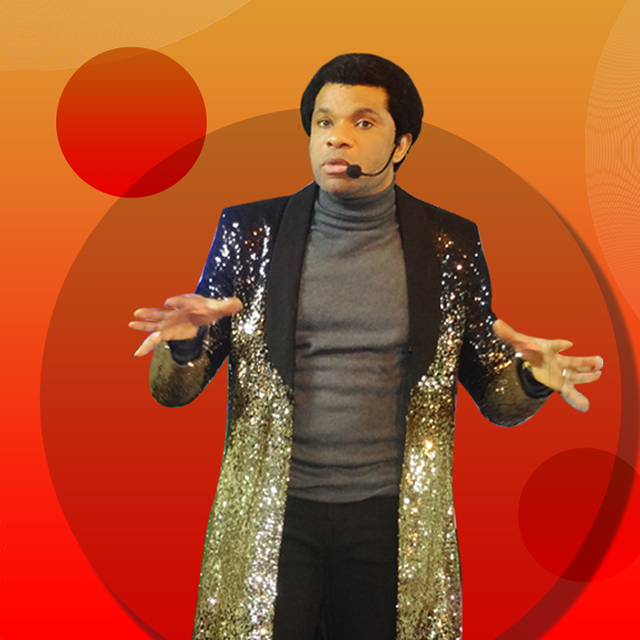 One of the biggest tragedies in Christendom is in not knowing that the Bible that preachers in the earth have been preaching from in the last 2020 years is a greatly compromised, faulty, and heavily adulterated document but that since that document is holy, it has been correcting itself of the errors introduced therein by enemies of mankind.

The people who without the spirit of prophecy, delved into the translation and interpretation of the sacred scrolls containing the teachings of the Prophets and chose the ones to put in a document called the Bible are the ones that adulterated the word of God.

The preachers in the earth not called by God to lead the CHURCH, in a hurry to found churches, picked up this adulterated Bible to preach to the people because they saw the church as a lucrative business, did not know that if the Bible was accurately interpreted, it would reveal that what they would do, which is preaching from the adulterated Bible and giving literal interpretations of the things written therein were also written in the Bible.

The world is yet to know that if the Bible is accurately interpreted, it would reveal that only seven messenger angels were sent by God to lead the CHURCH and not this jamboree that these preachers have turned the vineyard of God into and that these seven messenger angels occupy in this terrestrial earth, the offices known as the LAW & the PROPHET.

The people are yet to know that because the God knew what they would do to the word of God is why HE said that the PROPHET, the third Elijah who would be the last runner would come to the earth to restitute ALL things, that is, remove the errors imported into the Bible by the enemies of mankind before he would bring about the accurate interpretation of the Bible for the world to see that what God gave mankind as the Goodnews was not what these preaches have been preaching in the earth. Malachi 4:5-6, Matt 17:11, Acts 3:19-23.

It is very embarrassing to see Christians wondering why someone is correcting the scriptures even when the person is showing the world his credentials and from his works of the restitution of ALL things, the world can see that truly the people who turned the word of God upside down are these preachers and not this PROPHET.

The personification of the LAW & the PROPHET is Moses and Elijah. They are the two olive trees or the two witnesses. Rev 11.

The six persons of the LAW are Enoch, Noah, Abraham, Moses, Joshua and Apostle Peter while the PROPHET is PROPHET Obinna Jude Alexander.

The world is yet to know that the Bible is supposed to be teaching mankind in the fall about heaven, how we came from heaven, why we came to this terrestrial earth from heaven, how to return to heaven and what we will be doing in heaven forever.

If you noticed, the above scope of work is structured into three segments:

This is why Moses was so christened because the kind of body and the kind of world Moses would teach the CHURCH about, is in the meaning of his name “Moses”.

Moses means “drawn from the waters” because he is the one that his best was to teach the world about the mortal body (body born of water) and about this earth (the earth that is also water-born because it was called from water) Gen 1:9-10.

Preachers have taught that the body born of water is when the body is given water baptism. This is so far from the truth and so literal.

That unoriginal copy is NOT BORN OF WATER but is the one that the tree of mortality reduced from its original state.

The PROPHET is the one to teach about the ALPHA and the OMEGA, that is why he is teaching us so much about heaven, so much about the supernatural body that is not water-born but born of the spirit and he is also teaching and reminding us about the haven’s worlds and life in heaven which man knew when he was in the father’s bosom but upon being born as mortals, had forgotten, as it was written in John 14:26, John 16:12-13, Rev 10:7.

The genome of Zoe is the complete set of genetic materials required for TRANSFIGURATION.

These are the things Jesus Christ HIS PREEMINENCE in the shoes of the son of God, Adam, His Eminence was referring to in John 14:26. These are the things the PROPHET, the spirit of truth, the comforter, the third Elijah has come to bring to our remembrance.

“But the comforter which is the holy spirit (they wrote “Holy Ghost” because of the erroneous belief that the holy spirit is the spirit of God) whom the Father will send in my name” was spoken by Jesus Christ HIS PREEMINENCE in the shoes of the son of God, Adam, His Eminence and this is where it is revealed that the third Elijah came in the name and authority of his father and that his father is Adam, His Eminence who at this time was still in the ghost world, held down by the law of procreation.

Do you now see that the Bible is teaching us about the LAW & the PROPHET, how they faired in interpreting the logos and not the other way round?

The third person of the LAW, Abraham who is the third angel of the third CHURCH age was told by God to offer Isaac his son as a sacrifice of praise, that is, offer his only begotten son, (the son it took him 100 years to have) as a living sacrifice and what did Abraham do? He took a kitchen knife and attempted to slaughter his son Isaac to the God, meanwhile, that was not what the God meant.

Abraham means father of many why Abram means assumed father.

Abraham is in the similitude of the God who is the father of many. Abraham waiting a hundred years before begetting Isaac was God having to wait for a long time before birthing HIS only begotten son who is His Eminence, Adam and it would take ten dispensations before all mankind (given birth to by father Adam) can acquire the supernatural kind of body and all come to reside in their celestial abodes.

Do now see how the Bible is talking about how the third person of the LAW faired in interpreting the LOGOS? Do you now see that the third angel of the third age of the CHURCH, Abraham Terah, could not quite interpret God’s height and frequency of communication which was a thing common with all but one of the six persons of the LAW because as the LAW, they define the body that is mortal so gave a literal interpretation of the LOGOS.

The reason Enoch could get his assignment done is because father Adam was still in the earth at the time Enoch was born in the earth to run his race so father Adam taught him the things Enoch knew which made him able to understand the LOGOS but the people, the CHURCH he was leading did not believe in what Enoch was teaching them.

Moses, not understanding what the God meant, trekked the Israelites (men, women and children) from Egypt through the wilderness for forty years trying to locate the promised land.

Before the meaning of what God told Moses can be gotten, we must understand similitudes.

Egypt is in the similitude of this terrestrial earth where things in it die. Anywhere or anything this mortal eye can see is terrestrial.

Israelites are in the similitude of the children of the kingdom – the pure hominids.

The promised land is in the similitude of our celestial abode: Eden the third heaven or this earth when it becomes a haven’s world and will be called the new Salem. This is why the God stressed that it is a land flowing with milk and honey.

The reason why Eden especially, was called the promised land is because that is the land that is mankind’s celestial abode but which they did not come into immediately after being birthed spirit beings without tangible bodies in the father’s bosom and after being birthed as mortals in this terrestrial earth so this is the land of Promise where they will come into after completing their kingdom race.

The two rivers to cross before locating the promised land are the two rivers in the mortal body of every child of the kingdom. These two rivers are the red blood and water.

The Red Sea is the red blood in us while river Jordan is the water in us, both of which must be altered, be crossed, be removed, be drained before we can acquire the supernatural kind of body which is what will give us access into Eden, the promised land.

Pharaoh being the king of Egypt was Pharaoh personifying death which is the king of this terrestrial earth.

God was telling the LAW, Moses to address Pharaoh and say to him: “Pharaoh, let my people go so that they can come to a place where they would worship me”. Exodus 8:1

This means, let the children of the kingdom in their mortal bodies come to a place where they will gather together around the angel of their CHURCH age who will dispense divine revelations and eucharistic messages that will couple their mortal bodies into the supernatural kind of bodies, into their individual Arks.

Moses was meant to address death by feeding the children of the kingdom in his CHURCH age with eucharistic revelations that would hatch Zoe immortal cells in their mortal bodies and take their bodies through the spiritual journey or kingdom race which is going through the four transcends of positive metamorphoses signposted as GILGAL TO BETHEL, BETHEL TO JERIKO, JERIKO TO JORDAN and across JORDAN at the end of which their mortal bodies would have metamorphosed positively into the supernatural kind of body at which time they would be too young to die because they would have conquered death, the king of Egypt, the king of this terrestrial earth and not physically trekking the Israelites through the wilderness for forty years in search of the Promised Land.

Moses was not meant to physically leave Egypt where they were, but bring the children of the kingdom in his CHURCH age to come to where they could be fed with divine revelations and eucharistic messages so that they could transfigure alive and come to the promised land but Moses was rather, pleading with Pharaoh.

Moses was not supposed to leave Egypt with the Israelites, he was supposed to preach the message that would hatch Zoe immortal cells in the mortal bodies of the people he was leading for the Zoe immortal cells to take them on the spiritual journey or kingdom race which is taking them through the four transcends of positive metamorphoses signposted as GILGAL TO BETHEL where their blood would turn wine, BETHEL TO JERICHO where the blood would be crossed and would be drained, leaving only water, JERICHO TO JORDAN where the water would be crossed, drained and across JORDAN where transfiguration or stretching from the 6ft mortal anatomy to the 60ft supernatural body anatomy would happen at the end of which their mortal bodies would have metamorphosed positively into the supernatural kind without them having to experience death first.