THE DESCENDANTS OF ABRAHAM

What does it mean ABRAHAM?

Not all biological Israelites are “Jews”. The “Jews” are all pure hominids born in different regions of this earth and they are the ones called mankind. Interestingly, there are so many people born in Israel and of Israeli parentage that are not “Jews” but are “tares” – impure hominids.

The reason for this height of reverence that biological Israelites (unknown to them) have for ABRAHAM is because “Abraham” is in the similitudes. 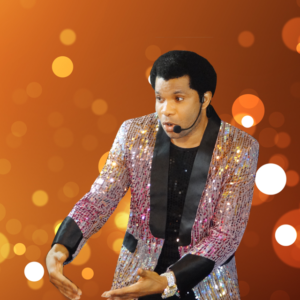 What does it mean DESCENDANTS?

Now, what is that height?

That height is far above the heavens. That height is the realm of the Elohim called Salem City – the city of the KING of Salem also called the father’s bosom.

The KING of Salem is the God of creation.

DESCENDANTS OF ABRAHAM means that some humans descended from ABRAHAM.

ABRAHAM’S descendants are the pure hominid humans who were born in the father’s bosom spirit beings without physical bodies and who God has been sending into the terrestrial earth and into the wombs of their biological mothers to pick up their mortal bodies, be born as mortals then eat and assimilate divine revelations or eucharistic messages dispensed by an angel of a CHURCH age in a particular dispensation to get the mortal bodies BORN AGAIN into the supernatural kind of bodies in order for them to gain access back to heaven but this time, into their celestial abode which is Eden, the third heaven or New Salem (this earth when it becomes a haven’s world) to be known as the first heaven.

Because the God of creation, the greatest Abraham, knew that very few of HIS children, very few of the descendants would finish their kingdom race in the earth and return to heaven alive without tasting death at all, made a provision in the ghost world called Abraham’s bosom where the ghosts of those descendants who would taste death would go, for baptismal regeneration and the renewal of their holy spirits – meaning, where they would go for mindset reprogramming before they would have access into heaven.

The father’s bosom is the Salem City where all descendants were given birth to in heaven while Abraham’s bosom is where the ghosts (spirit beings in the soul) of the descendants that experience death go, for purgatorial cleansing also called mindset reprogramming.

Those humans that did not descend from ABRAHAM obviously did not descend from a height and this height is not the heavens for God’s creatures but the Salem City called the father’s bosom. This is why some celestial beings who are not members of the mankind race (the Cherubim & Seraphim, Angels {both pure and impure hominids}) some of them, once living in God’s heaven before they were chased out, are not descendants because their spirit beings were not birthed in the father’s bosom, so effectively, celestial beings not members of the mankind race are not in the count here.

The descendants are wheats while the ascendants are tares. See the parable of wheats and tares. Matt 13:24-43.

The wheats are what the farmer planted while the tares are the weeds like bahama grass that the farmer did not plant but grew from the ground by taking advantage of the altar set. The altar being good soil, water and sunlight.

The wheats that descended will be harvested eventually by the farmer and used for positive ventures (eaten or sold and the proceeds from the sale, banked) while the tares that ascended from the ground will be gathered together as chaffs by the farmer and burnt, so the wheats, the pure hominids, descended from the father’s bosom in the realm of the Elohim to later ascend to their celestial abodes (Eden or this earth when it becomes a haven’s world) while the tares, the impure hominids, ascended from the abyss to later descend into hell and finally into the lake of fire.

These tares, these ascendants, these impure hominids are the ones Jesus Christ HIS PRE EMINENCE speaking in the shoes of the son of God, Adam, His Eminence, was referring to when HE addressed them thus:

“You are like you father, the devil and the lusts of your father you will do. He was a murderer from the beginning and abode not in the truth because there is no truth in him. When he speaketh a lie, he speaketh of his own for he is a liar and the father of it”. John 8:44 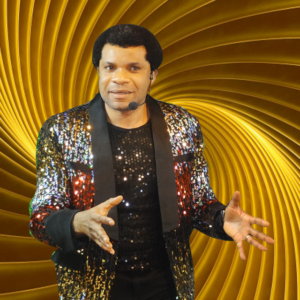 There, it showed that father Adam is not the principal ancestor of tares.

Jesus Christ HIS PRE EMINENCE who is the God in HIS incarnate manifestation who came to this earth in the shoes of the son of God, Adam, His Eminence, revealed that not all humans came from God in verse 47 of John chapter 8 when HE spoke to impure hominids this:

“He that is of God, heareth God’s words, you therefore, hear them not because you are not of God”. John 8:47.

Where Jesus Christ HIS PRE EMINENCE speaking in the shoes of the son of God, His Eminence Adam, revealed that impure hominids are not descendants but are ascendants is in verse 23 of John chapter 8 where HE addressed them thus:

HE was not telling them that HE came from heaven and they were born in this terrestrial earth. HE was showing the tares, their origin.

Again, those Jesus Christ HIS PRE EMINENCE called wolves in sheep’s clothing are tares, impure hominids, ascendants, especially those of them who are preachers, pastors, and founders of churches and have been pretending to be pure hominids; which is why the supreme LORD again, speaking in the shoes of the son of God, Adam, His Eminence warned in Matthew chapter 7 verses 21 to 23 that not all who say they are preachers, pastors will make heaven; that many will perform magic and the gullible will mistake it for miracles and so will deceive many. These are not descendants but ascendants from the abyss.