Ark is a sacred chest or vessel or tabernacle which contains life and divine secrets of God.

For the body of man to be supernatural, the body must be loaded with revelations of the God and HIS heavens – these revelations are divine secrets of God.

What this means is that the perfectly restored man or man in His perfect state is an Ark so is a priest that stands in the gap between other celestial beings like the Cherubim & Seraphim or Angels and God. What this further means is that God does not relate to other celestial beings like the Cherubim & the Seraphim or Angels, directly but does so through man.

This is what Moses being asked to build an Ark was pointing to.

In the Ark, Moses was asked to put a bowl of manna typifying “revelations” – which are food for the spirit being, two tablet stone typifying “the unadulterated Bible” and Aaron’s rod that budded typifying “priesthood” – the body that has budded, that has metamorphosed positively into the type that has ever lasting life which is the supernatural body.

The mortal body we have now is not yet an Ark because the body does not have “ever lasting life” but “never lasting life” as she can fall sick, age and die. This is why mankind in their mortal bodies in this terrestrial earth must gather together at a place to eat and assimilate divine revelations or eucharistic messages to be dispensed by a sent one who is an angel of that CHURCH age, because it is these revelations when assimilated into the spirit beings, that will cause the spirit beings to hatch zoe immortal cells in the mortal bodies and take the mortal bodies on the spiritual journey also called the kingdom race.

This is what Noah coupling an Ark that salvaged mankind when mankind faced extinction is again pointing to. In fact, Noah is a messianic Prophet who adumbrated what would happen in the last days when the third Elijah, the messianic PROPHET that got the job done, would come to the earth to salvage the earth from extinction.

Those last days are here.

The Ark of Noah, unsinkable in water, floater beyond capsize or submergence, swimmer of the highest rank, the world’s greatest floater vessel that regenerated mankind when it mattered the most was originally built by God but only coupled by Noah, the second angel of the second age of the CHURCH. 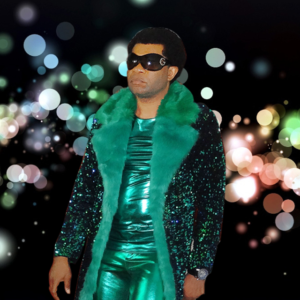 He is currently coupling the mortal bodies of pure hominids in this 7th and last age of the CHURCH into their supernatural kind of bodies, into their individual Arks and he is doing this with holy eucharists that are uncommon words of God, the way the gopher wood with which Noah coupled the Ark, is uncommon.

That Ark of Noah was pointing to the supernatural kind of body. The way the Ark of Noah salvaged a situation of extinction which mankind faced at a time is the very same way the coupling of the mortal bodies of mankind into their supernatural kind of body by the Ark PROPHET in the 7th and last age of the CHURCH, will salvage mankind from sickness, aging and death which is a situation of extinction, because these, being the last days, are pointing to the fact that the time God gave to mankind to live in this terrestrial earth is coming to an end, as the bosom of the father will soon be emptied of the holy spirit beings of pure hominids as they are being sent into this terrestrial earth to run their kingdom race back to heaven and when the father’s bosom is emptied of the holy spirits of pure hominids and they have entered the Ark and have been launched into JERIKO in their kingdom race, the earth will be filled with impure hominids and violence will be on the increase as it happened in the days of Noah.

The coupling of the mortal bodies of mankind into their supernatural kind will give mankind access into their celestial abode without them having to die first. This is the Goodnews which the God asked mankind to preach but was never preached in this earth until now and even when the God came into this terrestrial earth in HIS incarnate manifestation as Jesus Christ HIS PRE EMINENCE and touched this topic called the Goodnews, the people disbelieved HIM and even called HIM a demoniac. John 8:51-52.

In the time of Noah, the accurate interpretation of the LOGOS was yet to be in the earth so mankind that will run into the Ark in the last days in the day of the PROPHET as the messages fill this earth, was adumbrated by the animals who filled the Ark of Noah.

The way the rains of Noah’s time were:

4. then increased exceedingly (Gen 7:17-19) was pointing to how the rain of revelations would be increasing in crescendo, initiating the four transcends of positive metamorphoses that will cause the zoe immortal cells that will couple the mortal body into the supernatural kind of body will take the mortal body through, is signposted as

GILGAL is where the reproach of Egypt will be rolled away. Joshua 5:9

This is where those who board the Ark will be given the right mindset because what was taught them in Egypt, (the world or churches that are not under the leadership of an angel of a church age so were taught by people who preached from their brain) are the wrong teachings which gave them the wrong mindset. GILGAL is where foundational teachings are taught the people to give them mindset reprogramming.

BETHEL is where zoe immortal cells are hatched because eucharistic messages are taught them here.

Once the CHURCH, the ARK has been launched into JERIKO, evangelism will stop as there will no more be the need to preach to anyone since anyone not in JERIKO at this time, must experience death. Marriage too, will no longer be for procreation purposes as there would be no more mortal blood (in the bodies of those who would have been launched into JERIKO) to form babies and no more pure hominid spirit beings in the father’s bosom to be sent into the earth so it is only those pure hominids who are not in JERIKO and impure hominids not in the Ark that could still be making babies because they are the only ones still having mortal blood called psuche and the babies that they will have at this time, will be all tares – impure hominids as there would be no more pure hominid spirit beings left in the father’s bosom for the God to send.

Only the uninformed pure hominids who will be unable to be launched into JERIKO and the impure hominids in the earth, are those that would be getting married and giving in marriage and making babies and all these babies will be tares, impure hominids, baby loans from the abyss, the same way it happened in the time of Noah when people were getting married and giving in marriage until the rains came and the Ark sailed, taking Noah, his family and the animals away.

As it was in the days of Noah so shall be the coming of the son of man.