For the multiplicity of the mankind race

Why did the most compassionate God send us into a world of imperfection, chaos and turmoil where our bodies are ravaged by sickness, aging and death? The ravaging, which has continued till this day even after the ultimate atonement was carried out by Jesus Christ HIS PRE EMINENCE, meanwhile, other celestial beings like the Cherubim & Seraphim and Angels who were not made in God’s image so do not have God’s kind of gene, do not fall sick, age and die and if it is because of father Adam’s disobedience, (as preachers have been alluding), the fallen celestial beings who rebelled against God by challenging HIS sovereignty were not punished with mortality so don’t fall sick, age and die? Therefore,  where is the justification?

No one has been able to answer the question as to why God sent mankind into a world of imperfection, chaos and turmoil in a body that can fall sick, age and die whereas other celestial beings live in a world of perfect bliss (heaven) in bodies that cannot fall sick, age and die (supernatural body) because disobedience on the part of our principal ancestor, Adam, His Eminence, in eating from a certain tree in the Garden of Eden, is definitely not the cause. He was not disobedient. He did His father’s will in eating from that tree, planted by His father who knows the end from the beginning so knew and saw that father Adam and mother Eve would eat from that tree.

The world thinks that it is the day a person is born into this earth that he starts existing. 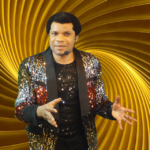 Even christians do not know that before a person (who is a pure hominid) is born into this earth, he or she has been existing in heaven as spirit being without a tangible body. Christians do not know that the spirit being is the person and not the body. The body is what the spirit being needs to have active existence. Why mankind left the blissfulness of the father’s bosom where they were birthed as spirit beings without tangible bodies to come into the terrestrial earth that is a world of imperfection, chaos and turmoil to pick up their mortal bodies, the kind of body that does not shield them from sickness, aging and death, is because we (pure hominids)have a royal gene given to us by God whose own gene is the most royal so the acquisition of that royal gene calls for training because to give us that gene that is royal, the God did something that was one of the most difficult things for HIM to do and that thing is that HE unfixed a pair of Ribber from HIS own body, baked the pair of Ribber into twelve most precious stones and with these, HE coupled the supernatural body of HIS son, Adam, His Eminence.

Why God did not couple the supernatural body for the rest of mankind and send them straight from the father’s bosom (where they all existed after being birthed as spirit beings without physical bodies) into their celestial abode, Eden or the New Salem (this earth when it becomes a haven’s world) are all contained in one blueprint of God called the LOGOS – the unalterable blueprint of the plan of salvation.

The answer to this great puzzle, this great mystery is today finally being unveiled by the PROPHET, the third Elijah and that answer is that God does not want us to come straight from the father’s bosom into our celestial abode, the infrastructures of which we took no part in building. HE also, does not want us to come into our celestial abode in supernatural bodies that we also have no idea how they came about because if we came straight from the father’s bosom into our celestial abode (which we must do in our supernatural body), without knowing how the infrastructures of the various haven’s worlds were built or how our supernatural bodies were coupled, we would take things for granted and not have a sense of belonging, the way Lucifer who found himself in a position of authority, without first, knowing how the haven’s worlds came about, took things for granted and challenged God’s sovereignty.

God is not a risk taker, more so, when man was not created by HIM but birthed by HIM, HE would not want to risk this with mankind because mankind are like HIM and will represent HIM in ruling over all of HIS creatures and creations and HE the God, would reign through mankind so mankind must be well trained before mankind can acquire God’s divine nature and represent God adequately.

Before the son of God, Adam, His Eminence came into Eden – the preferred haven’s world for mankind, God had first allowed Him to see how HE created and formed the various haven’s worlds and how their infrastructures were built.

“Let us make man in our image and after our likeness…”

The correct rendering is:

“Let us couple the body of man after the anatomy of His spirit being”.

This was possible because mankind (represented by father Adam) is in the society of the godhead.

This unfixing of a pair of Ribber from the body of God, a thing that would ordinarily have been impossible, has an adverse effect. As stated above, the consequence of this act is what called for the body that is breakable (the mortal kind of body) and a world that is breakable (the terrestrial earth) because the twelve most precious stones with which the God coupled the supernatural body of His Eminence, Adam, are where the rest of mankind would eventually get their own supernatural bodies from and since God is not the one that birthed the holy spirit beings of the rest of mankind directly, they could only get their bodies from the one who is their principal ancestor and that person is His Eminence Adam but His Eminence Adam is not the creator but the procreator.

God is the creator. The son of God is the procreator.

As the procreator, He could only make the rest of mankind who are in the society of the godhead, procreators, by inviting them to participate in procreation, that is, by inviting them to participate in giving mortal bodies to their biological children after acquiring their own mortal bodies that would first be destructible (the mortal bodies) in a world that is destructible (terrestrial earth) for God to perfect these mortal bodies into the supernatural kind and perfect this terrestrial earth into a haven’s world through HIS words that are eucharistic.

It is not the will of God for any to die in this earth while running their race. No. God already packaged the solution to mortality in a message called the Goodnews, the problem was the person who could unwrap this package and interpret how God designed a pathway to heaven without the person having to experience death at all had not come to the earth until now.

All the children of the kingdom who are still in the father’s bosom as spirit beings without physical bodies will eventually be sent by God into this terrestrial earth and into the wombs of their biological mothers to wear their mortal bodies, be born as mortals, then begin their kingdom race or embark on the spiritual journey back to heaven by eating and assimilating divine revelations or eucharistic messages which are what will metamorphose their mortal bodies into the supernatural kind of bodies without the persons having to die first, go to the ghost world and await resurrection before transfiguring to go to their celestial abode.

This is the Goodnews yet this message was not in the earth until now.

The reason why the end has not come is because all the children of the kingdom have not been sent from the father’s bosom into the terrestrial earth to run their kingdom race and also, this Goodnews of the kingdom has not been preached in every corner of the earth for a witness.

One of the most difficult things for a mortal to believe is that he can live and not die at all which is why the Goodnews has not been understood to be what it is.

The Goodnews means YOU CAN LIVE AND NOT DIE AT ALL and this is what the seventh messenger Angel has brought to the earth. 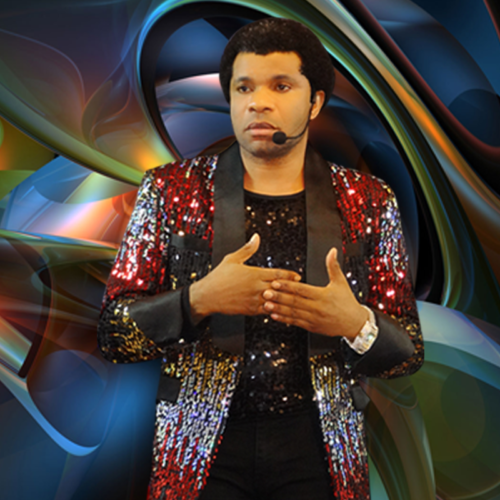 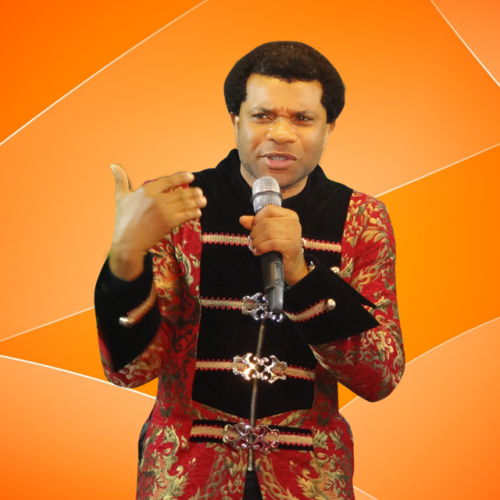 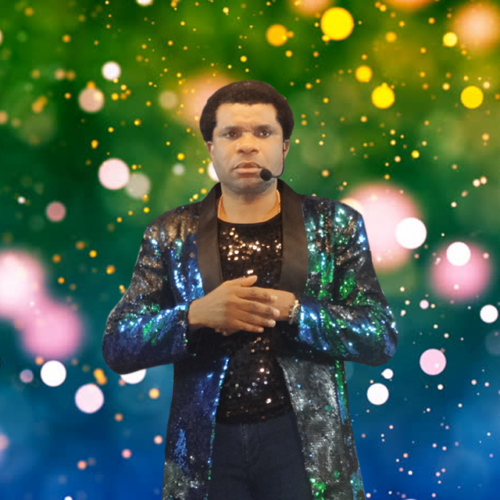 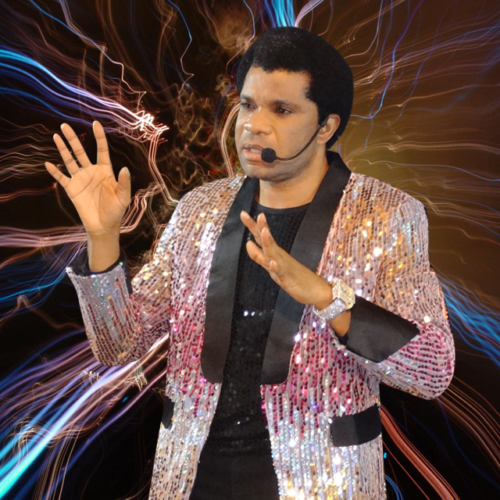 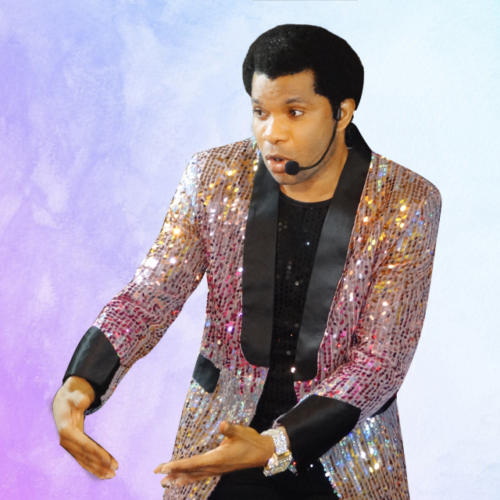 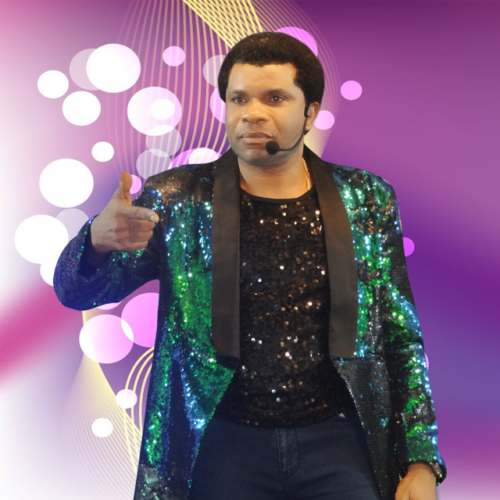 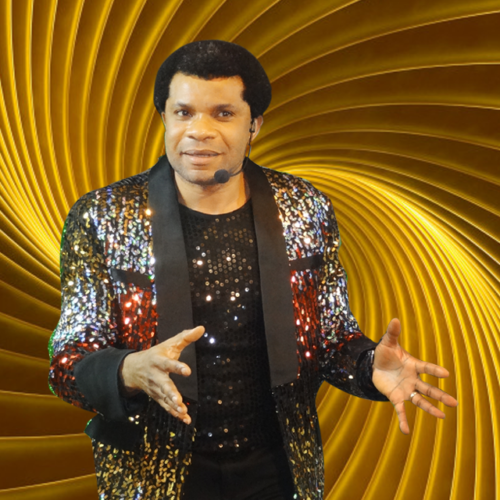